The Sheik Zayed Grand Mosque in Abu Dhabi is, quite simply, the most breathtakingly beautiful modern building I have ever had the pleasure to visit. Best seen at night, from the outside it gleams white splendour, while inside it radiates multi-coloured, floral joy.

Geometric patterns abound, and while repetition appears the key motif on close inspection every detail is unique.

I often get a chill from religious buildings, many of which seem to have been designed to instil fear of divine retribution, or at least remind ordinary bods who’s in charge. But any building that has Smartie-coloured baubels hanging from a chandelier the size of a minibus just has to make you smile.All in all, the Grand Mosque, which was completed in 2007, is a very modern masterpiece. It’s a shame it is such a rigmarole to get there on foot (the route from my hotel involved a palm fields diversion and legging it across a couple of extremely scary eight lane highways), but it was most definitely worth the journey.

I don’t think my iphone pictures will do the mosque justice, but here is a taster: 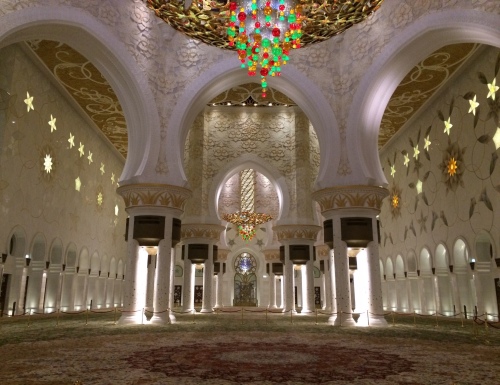 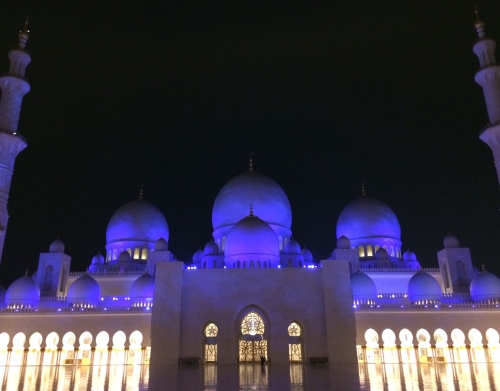